The act elaborates with more detail on the constitutional rules, and also provides temporary special procedures for stateless persons and others resident in Kenya since independence in 1963, and their descendants, to have the right to apply for citizenship in some circumstances, within a five year period of the adoption of the act.

These temporary procedures recall the provisions of Kenya’s independence constitution, which adopted the standard provisions of the Commonwealth countries on acquisition of citizenship: those born before the constitution came into force became citizens automatically if one parent was also born in Kenya; and those born or resident in Kenya without a parent born there could register as Kenyan citizens during a two year period after independence. Those born after independence became citizens automatically based on birth in Kenya. In 1985, however, the constitution was amended to remove rights based on birth in Kenya with retroactive effect to independence.

The Kenya Children Act 2001 provides for the right of children to a name and a nationality, but not to birth registration. The Citizenship and Immigration Control Act provides for a right to a birth certificate, but only for Kenyan citizens. Only an estimated 60% of births are registered, creating additional challenges to proving nationality.

An additional issue in Kenya has been the discriminatory treatment faced by members of certain ethnic groups in accessing national identity cards, required for all adults, which form proof of citizenship on a day-to-day basis. Members of ethnic groups resident in the border areas or otherwise viewed as un-Kenyan — including Nubians, Somalis, Maasai, Swahili, Teso and Borana — have been subjected to additional “vetting”. Members of these groups are often asked to produce additional documentation before an identity card is issued, sometimes including things like the birth certificates of grandparents, which are nearly impossible to produce; or face harassment and endless delays when trying to access passports, ID cards and other documentation (see “key resources”). 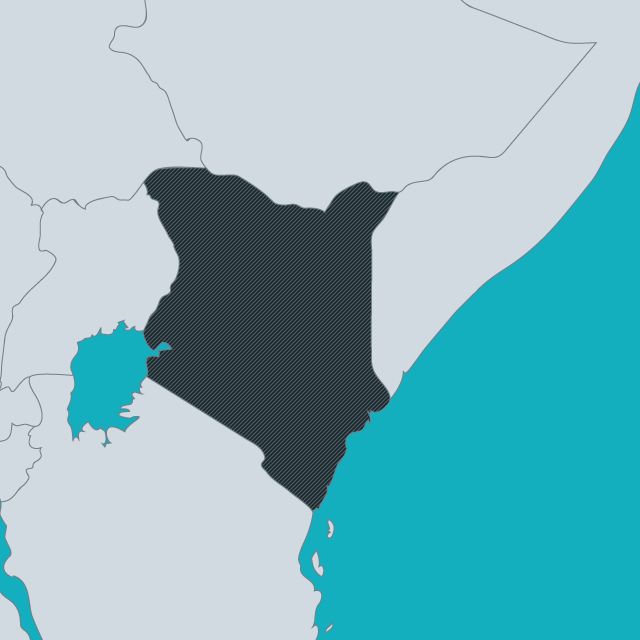 Kenya: How statelessness condemned the Shona to poverty

By KEVIN ROTICH For decades, the Shona community endured socio-economic challenges before President Uhuru Kenyatta recognised them as a Kenyan tribe on December 12, 2020. This can be traced to between the 1950s and 1960s when their ancestors first came…

By Brenda Mulinya NAIROBI – Members of the ethnic Shona community in Kenya are celebrating their new status as Kenyan citizens after decades of being stateless. Nazizi Dube gazes at what is now her most prized possession – a document…

By Mustafa Mahmoud On Mashujaa Day, Interior Cabinet Secretary Fred Matiang’i handed the president his Huduma card and announced that the process of integrating personal data for Huduma Namba was complete. Soon after, the CS officially launched the distribution of…

by SHABAN OMAR The burden of being non-citizens keeps on crushing the stateless communities in Kwale as they clamour for citizenship. In Kwale, most stateless people are found in Vanga, Shimoni, Gazi, Mangwei, among other areas of Msambweni and Lunga…

By Grace Mutung’u and Isaac Rutenberg (Centre for Intellectual Property and Information Technology (CIPIT) at Strathmore University) Statelessness and Citizenship Review, 2(2), 348–354 Introduction State issued digital identity is trending in sub-Saharan Africa, and Kenya has not been left behind.…

The Plight of Double Registered Victims in Kenya

This short documentary by Haki na Sheria Initiative follows the journey of Kenyans denied their right to the National Identity Card as a result of being mistakenly included in the Refugee Database. Their appeal for this important document is a…

UNHCR, the UN Refugee Agency, welcomes the Government of Kenya’s decision to grant citizenship to 1,670 stateless Shona and 1,300 stateless persons of Rwandan descent who qualify under the law as Kenyan citizens. President Uhuru Kenyatta announced the landmark decision…

By James Karuhanga Rwanda’s envoy in Kenya has told The New Times that the move by President Uhuru Kenyatta to grant Kenyan citizenship to people of Rwandan origin who moved to Kenya during the colonial era was an important gesture.…

By John Wanjohi 1,670 members of the stateless Shona community have finally been granted Kenyan citizenship. They were presented with their citizenship documents by President Kenyatta during the 57th Jamhuri Day celebrations at Nyayo Stadium on Saturday. Members of the…

Biometric ID systems are proliferating across Africa but without the appropriate protections for citizens, say activists. By Madeleine Speed In January this year, Kenya’s High Court halted the roll-out of the country’s controversial biometric ID, the Huduma Namba, citing the…