Côte d’Ivoire has one of the most-amended nationality laws in Africa. The original text of 1961 has been subject to at least six amendments to its main text, as well as numerous changes to the administrative decrees, and to related legislation on identification and civil registration.

The nationality code adopted in 1961 provided for nationality to be attributed to every person born in Côte d’Ivoire unless both parents were “foreigners” (étrangers). Foreigner was not defined. Transitional provisions allowed for registration as an Ivorian by habitual residents during a one-year period after independence; very few accessed these provisions. The code did not include the provision present in every other nationality code in francophone West Africa that a person born in the territory of one parent also born there would be attributed nationality at birth. While there was a provision that a child born in Côte d’Ivoire could opt for nationality at majority, this was removed in 1972, and had in any event almost never been formally invoked. Also removed in 1972 was the presumption that a child of unknown parents was Ivorian.

At independence, Côte d’Ivoire had a large population of migrant workers — several hundred thousand — who had been forcibly brought to the country by the French colonial-era government, or who had migrated of their own accord. The first post-colonial government under President Houphouët-Boigny also encouraged migration and access to land, and for a period non-Ivorians also had the right to vote.

From 1995, following the death of Houphouët-Boigny, restrictions on access to nationality documents were steadily increased. In 1995 a new electoral law restricted the right to vote to citizens and required candidates for high level political office to not only be citizens, but have both an Ivorian father and mother — targetted at opposition leader Alassane Ouattara, asserted to be of mixed ancestry. Highly flawed elections in 2000 led to an attempted coup d’etat and the outbreak of civil war, in which the question of access to national identity documents was a central issue. Peace agreements signed at Linas Marcoussis in France and in Ouagadougou in Burkina Faso emphasised the question of nationality and voter registration; and the nationality code was modified accordingly – but only in the most limited way (for more information see Struggles for Citizenship in Africa, p. 81-93).

New elections were eventually held in 2010, and were plagued by continued conflict over the voter rolls. After renewed post-election violence Ouattara was recognized by most international actors as the winner and finally inaugurated as presdent in mid-2011.

Two new pieces of legislation adopted in 2013, Loi n° 2013-653 du 13 septembre 2013 and Loi n° 2013-654 du 13 septembre 2013, modified the previous law to amend the provisions on access to nationality through marriage, and to provide for a temporary period during which persons who would have been entitled to nationality under the provisions in effect until 1972 would be able to (re)acquire it through a process of declaration. The updated version of the nationality code as of 2013 still provides a purely descent-based regime for acquisition at birth, no rights for children of unknown parents. 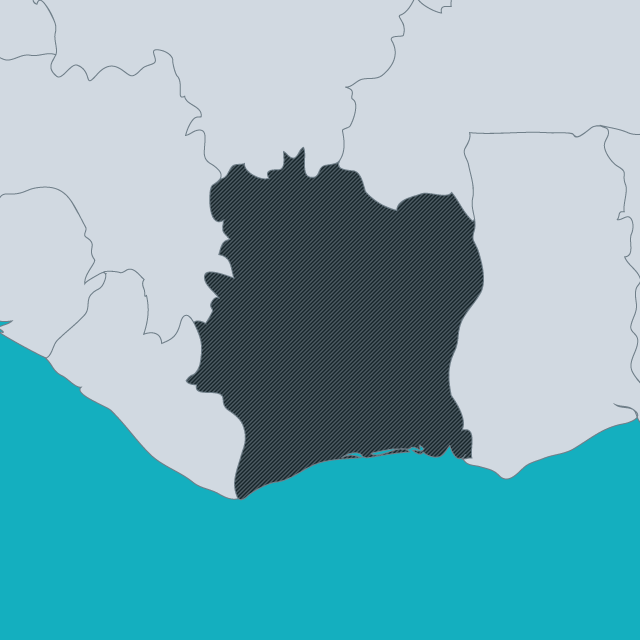 Identification, registration and referral of persons at risk of statelessness to the National Commission on Eligibility for Stateless Status (CNESA) is the new priority of the Office of the High Commissioner for Refugees (UNHCR) in the fight against statelessness in…

UNHCR recommends the cessation of refugee status for Ivorians

UNHCR, the UN Refugee Agency, has recommended that States hosting Ivorian refugees end their refugee status and facilitate their voluntary repatriation, reintegration, or acquisition of permanent residency or naturalization for those wishing to remain in host countries. “In light of…

Côte d’Ivoire: Signature of an agreement for the funding of scientific research on statelessness

Daloa, August 18, 2021 (AIP) – The Jean Lorougnon Guédé University (UJLOG) of Daloa and the Association of Women Lawyers of Côte d’Ivoire (AFJCI) signed, Tuesday August 17, 2021, in Daloa, a partnership agreement on the funding of scientific research…

By: Sionfolo SORO Daloa, August 18, 2021 (AIP) – The Association of Women Lawyers of Côte d’Ivoire and the High Commission for Refugees proceeded, Tuesday August 17, 2021, to the delivery of nationality certificates to foundlings, parents unknown in Daloa.…

Extracts relevant to Africa: Mobilizing governments and civil society On 25 May, the League of Arab States (LAS), in partnership with UNHCR, convened the virtual “Arab Regional Conference: Towards an Action Plan on Belonging and Legal Identity”. The conference resulted…

Extracts relevant to Africa: Mobilizing governments and civil society Following a 2020 petition for the recognition of the stateless Pemba as Kenyan nationals hearings were held, in February and March 2021, by the Parliamentary Committee on Administration and National Security…